[Mackey]
There are times when you get suckered in
By drugs, and alcohol, and sex with women (mmmkay)
But it's when you do these things too much
That you've become an addict, and must get back in touch...

He wore the finest stuff, platinum chains with diamond cuts
Hawaiian slush, combined with wine and coconuts.
[Pushed a 'lac, gator shoes, amani suits, shahou(?)
Plenty hoes, plenty loot, a major nigga, a paid nigga.]
Kept some red Jarans, plus a big benz, plus a lex jeep
Plus the best friends, plus he jet ski, in Texas.
{Flash the big chedda, wu-leather, new chedder, gucci sweata
Spillin' armaredda in a black Baretta
For the fools who change like blue weather.}
[His tailor-made Armani suits, played with Tommy boots
Pushed more hummers than army troops, word to my men Dukes.]
Look at him 'sached down, more kids than Bobby Brown
Had a private jet, planned the odds he bet, two keys inside his vest.
{I keep the gold chain, and a cold dame,
We drove a fast car in a slow lane,
With caviar with the white cocaine flick it all in the dope game.}
[Snooort coke, push dope, down to cut, a nigga throat
Spunt half of his summer, cruisin' on a, love boat.]

Spring break, Virginia Beach, had a pair of, gold skis
Mo' money, than Playboy (BK?) Nigga Please!
[He was to the lavish, trick you casual, playa status, not the fattest
Chick the baddest, used to ball with Gladys Knight,
This was just your average night]
(My dude spend a G a week just to see a freak
Strip down to her bear essentials in the Presidential Suite,
His men too weak.)
{New York Undercover shot his brother, in a shootout
He had to move out, and drop his mother in a new house.}
He had nothin' to go home to, the fiend was on the menu.
A two time loser, [ohh man] deja vu.
(Fell in debt with Johnny Mafia, and let the gun play.
He sold his Altima, leased a Hundai, [pushin' out his Mom's place!])
[Get caught for child support, poppin' corks was more important.
Bench warned, undercover imformant, three years upstate, tough break.]
Droppin names, poppin veins, gettin high off his own supply
Still movin weight, steady losin weight,
On the crime, with his life on the line.

Look, him and his boys got duct taped
for hangin' out at Suge's place.
See all my niggas, they took chase,
When they heard little Daddy push weight.
{It was a robbery, snatch his platinum cubic link, and his wallabe's.
Another street casualty that was written and promised in the prophecy.}
[They stole his watches and rings while they shot up his veins
God bless, he had no vest, and he felt no pain,
For the holes in his chest.]
Heart beat, weak canal, stones in his reefer now
Lugz overflooded with blood, he 'bout to drown.
{Nose white, laughin, ambulance light splashin.
Soon he'll leave, but for now, give him some room to breathe.
Doctor called the family in, enemies, and next of kin.
One foot in the grave, and his soul in the wind.
From ashes to dirt, went closed casket to limosines and a hearse
Photographic pictures of the bastard,
With "Rest In Peace" on (damn!) his shirt.
Cause after ways, some niggas came over, jumpin' out of a range rover.
Put the gat to his head, and he told him "The Game's Over!". 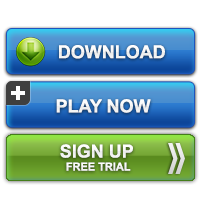